The long awaited Dropfleet Commander pledge finally arrived. With no hesitation I jumped to building and painting the beginnings of my Scourge fleet. 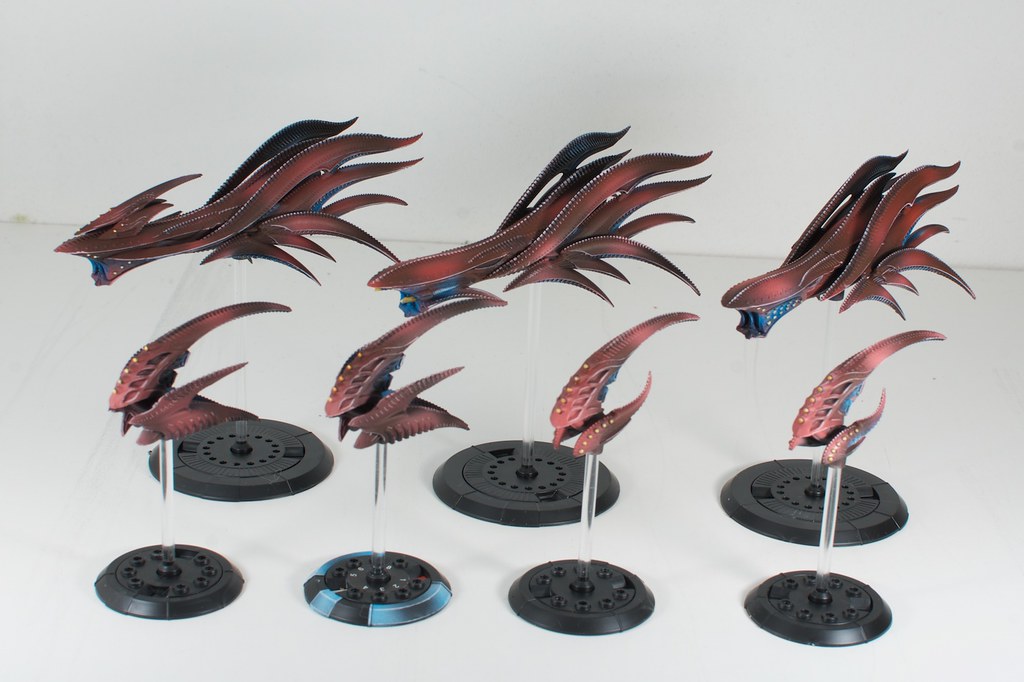 I haven't gotten the chance to truly dig into the rules and the fleet lists so stuck to the recommended started set build. 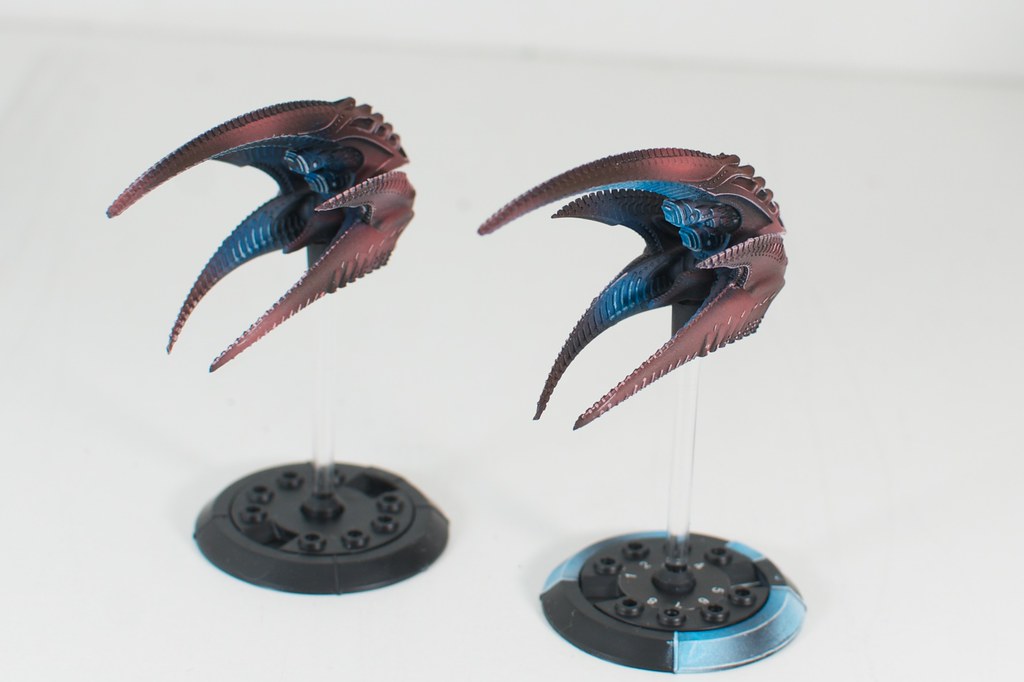 The bases have embossed markings for the ship fire arcs, but I thought to paint something on to make them more visible. My initial idea was to go for something holografic "radar blib" like effect, as attempted here on the frigate's base. 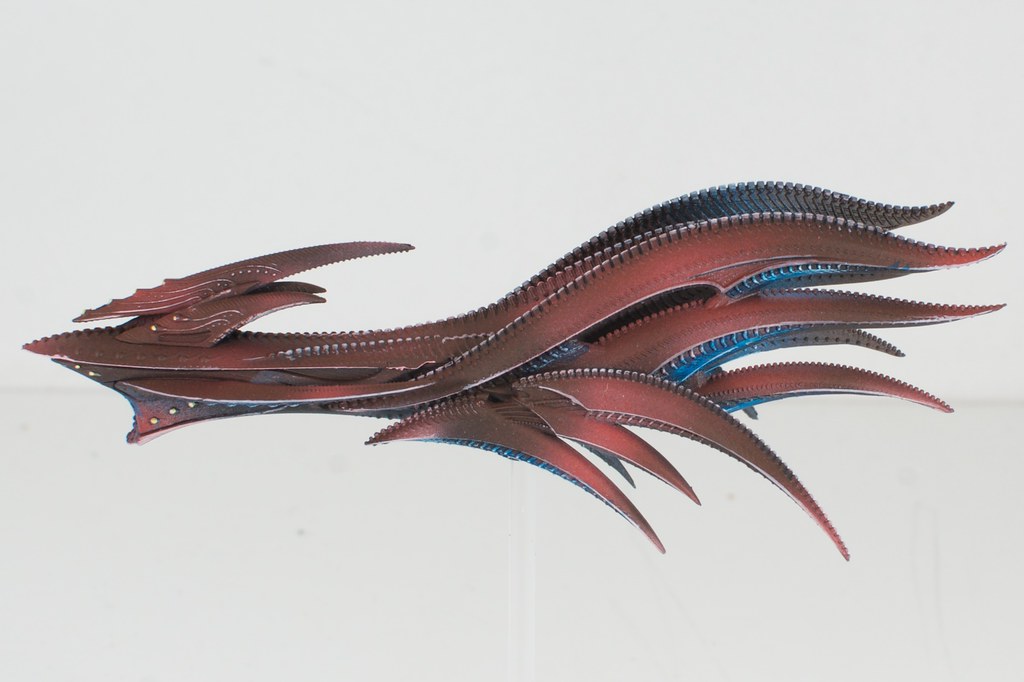 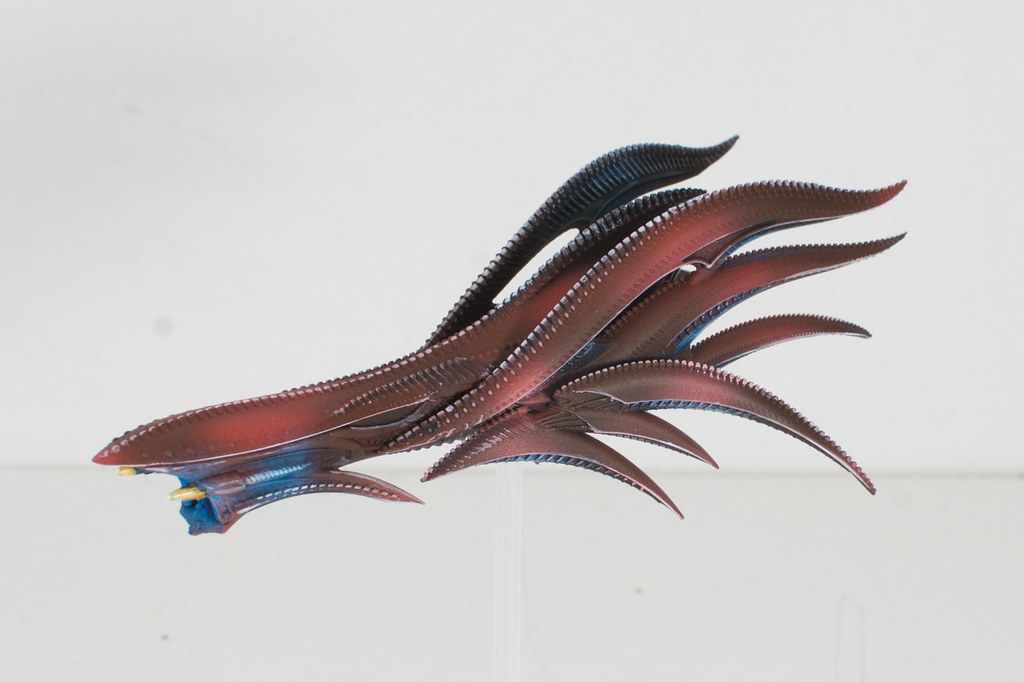 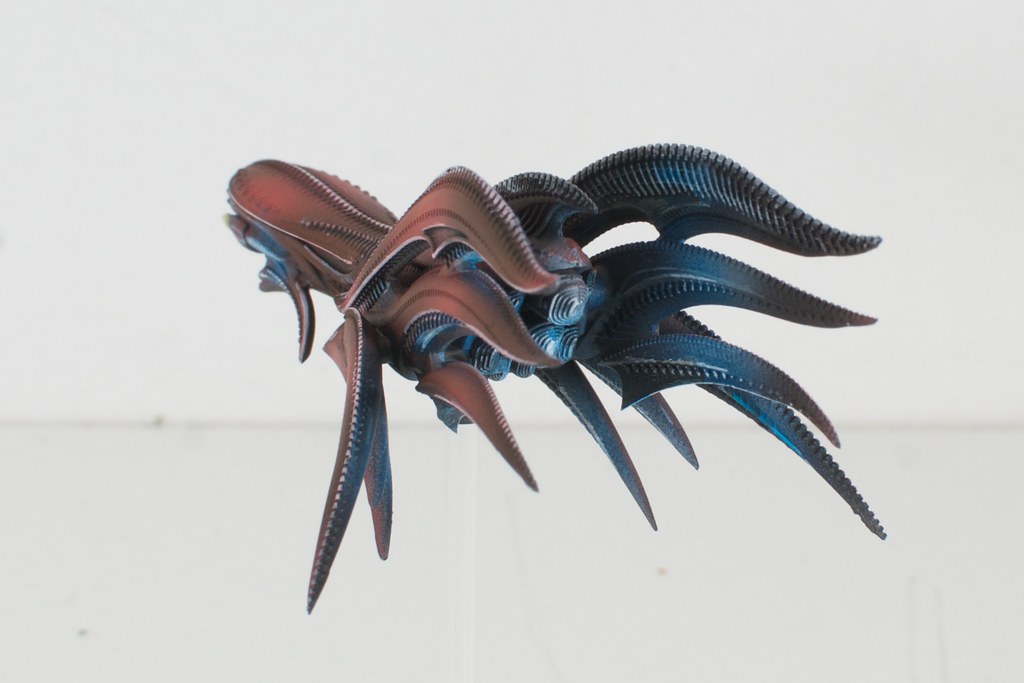 Ifrit Cruiser, details from behind 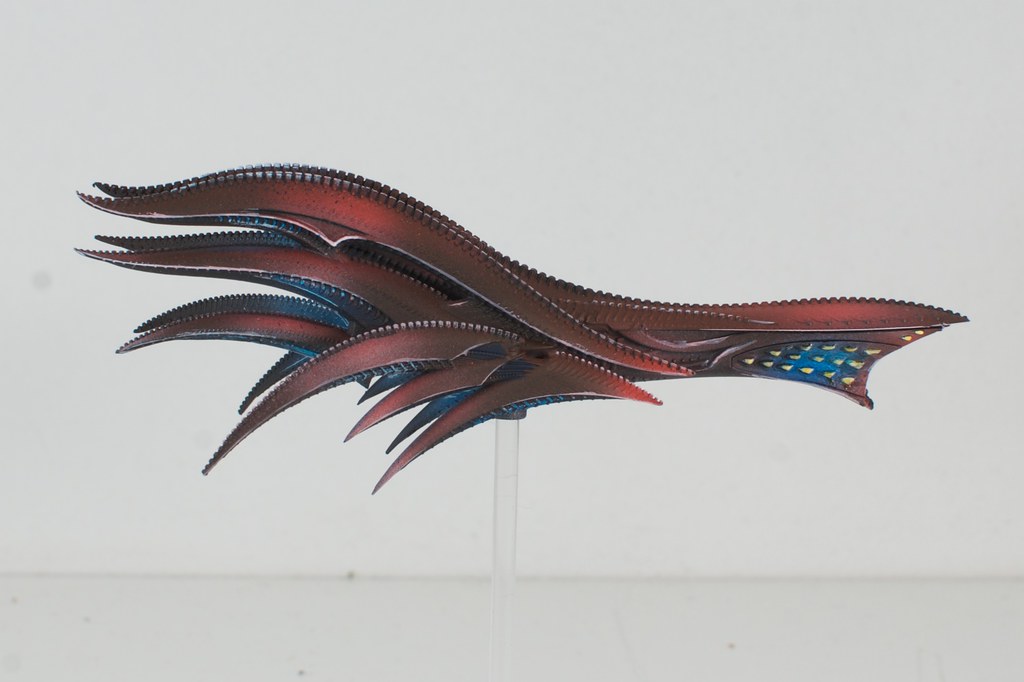 They've been an absolute pleasure to prep, build and paint. I've barely made a dent in the Kickstarter plastic pile and I'm really looking into expanding the fleet.