Long overdue for a blog post, here's some photos of my Imperial Japanese Army jungle fighters I completed last year for Bolt Action.

The figures are a mix of Warlord and The Assault Group. Scale wise these two match well, but sculpting styles are rather different. I don't really mind, most importantly I got plenty of variation in poses and models, all are wearing jungle type uniforms and these are all metal models so I didn't have to fiddle with the pesky plastics.

The IJA tropical uniform colour was a bit of a challenge. No paint from the ranges I have available is a direct match (despite their names) so I ended up mixing my own and painting the uniforms in layers with an airbrush. The method has quite many steps but is reasonably fast do with an airbrush. I started with a base coat of VMC Chocolate Brown over a grey primer, followed with VMC English Uniform (which is also the colour for the helmets) and few of layers of VMC Middlestone mixing more VMC Iraqi Sand as I progressed. After that, there was very little brushwork, just emphasising some shadows. 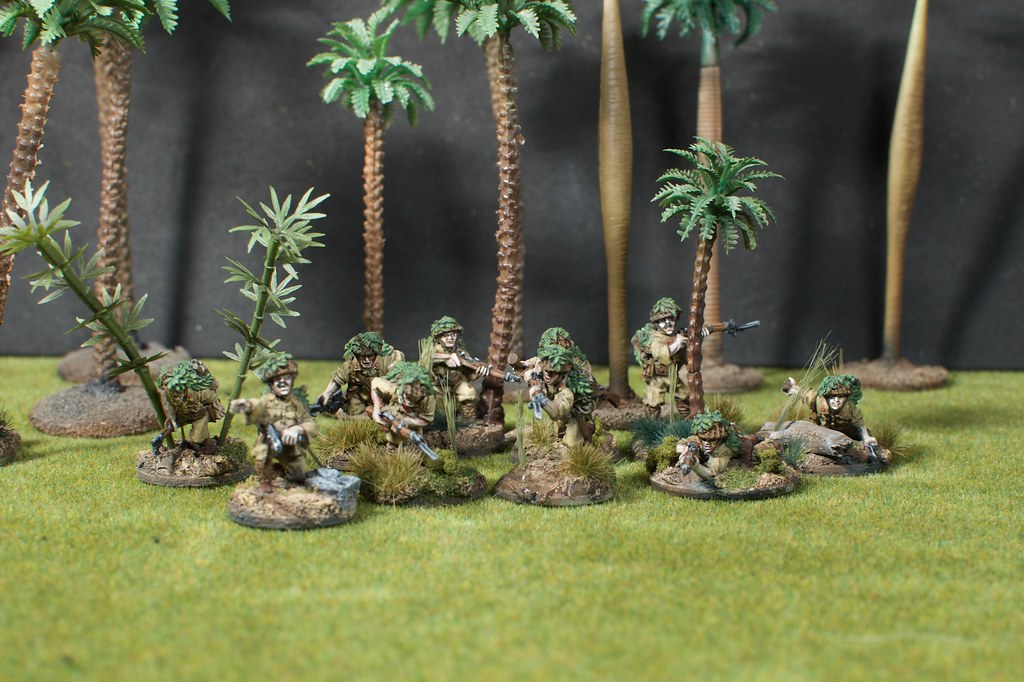 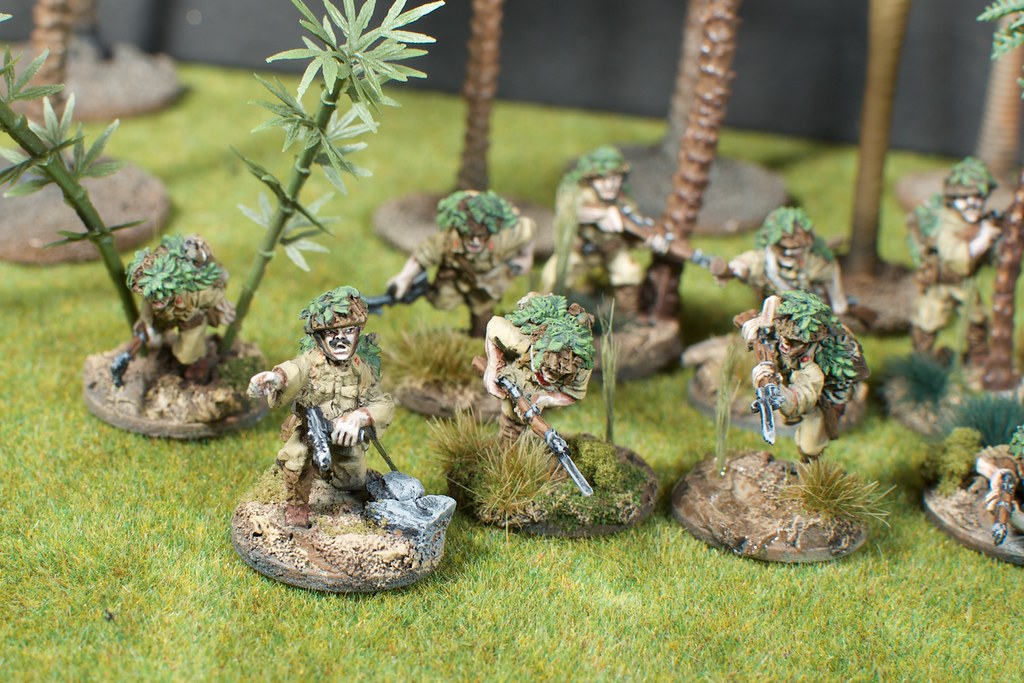 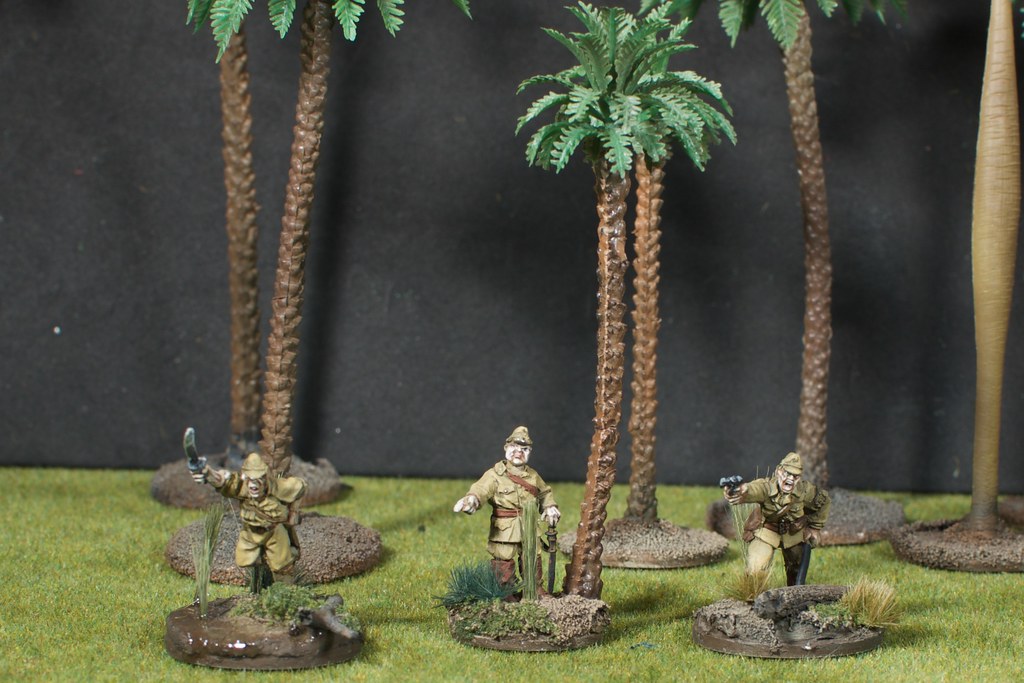 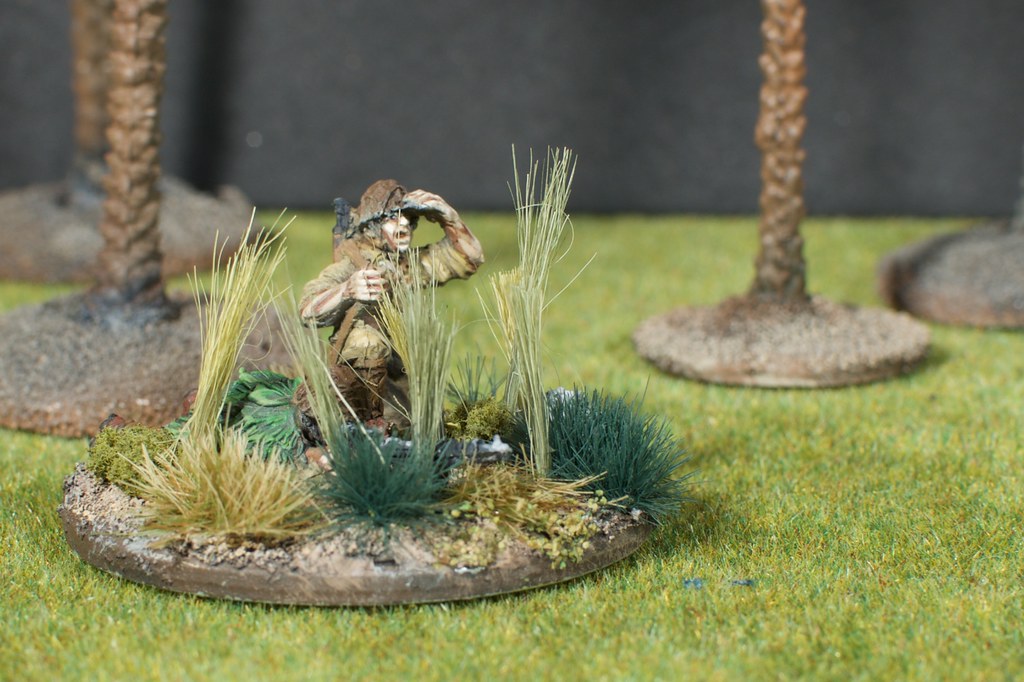 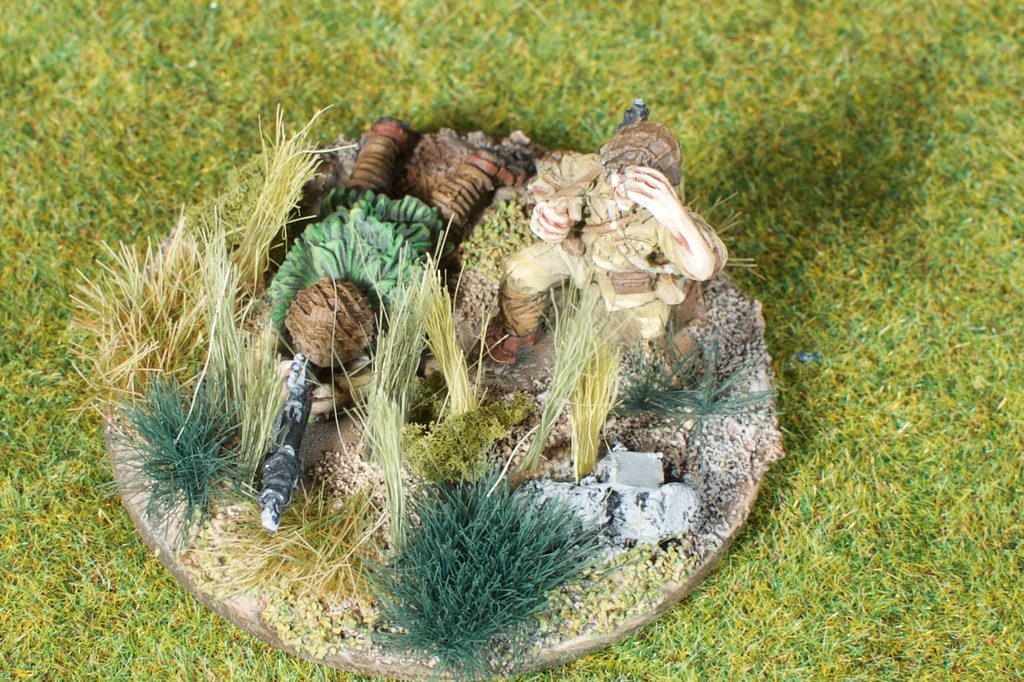 Sniper team, from above 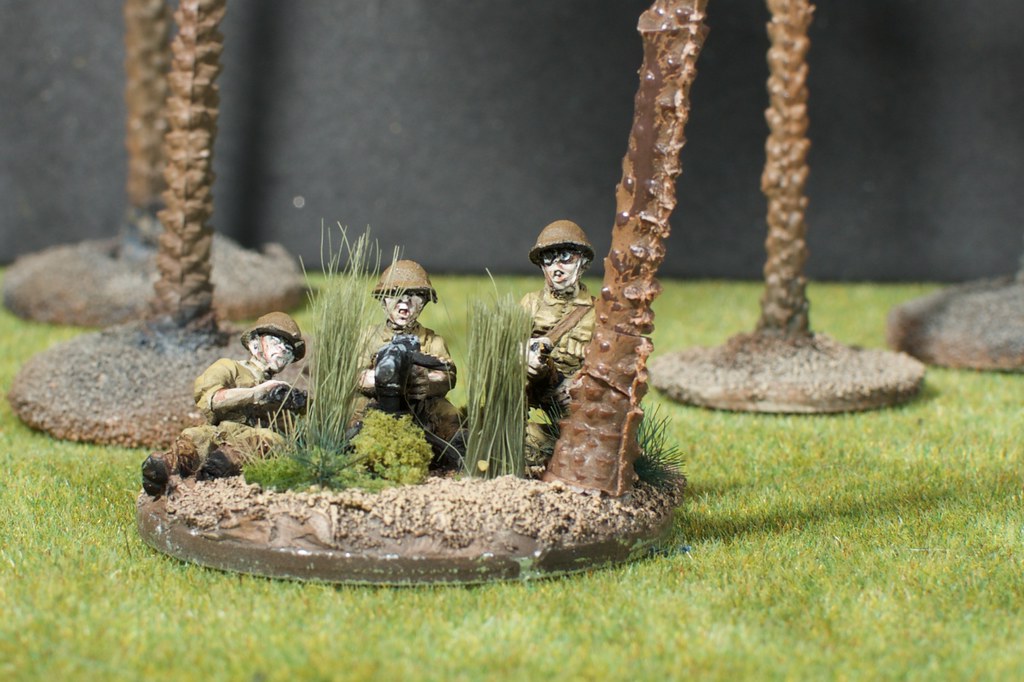 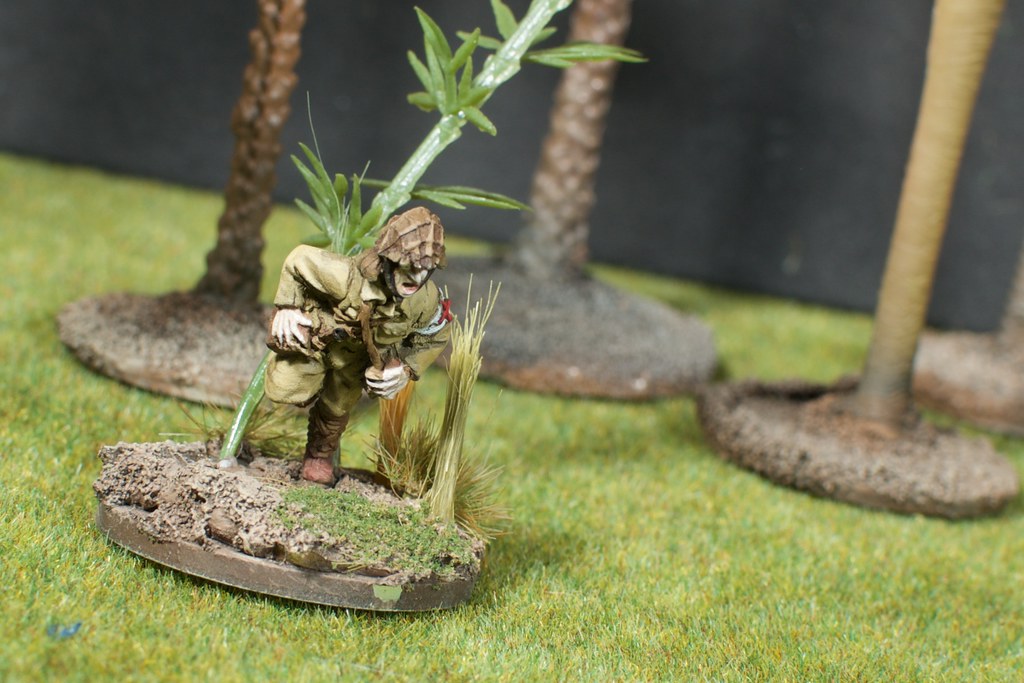 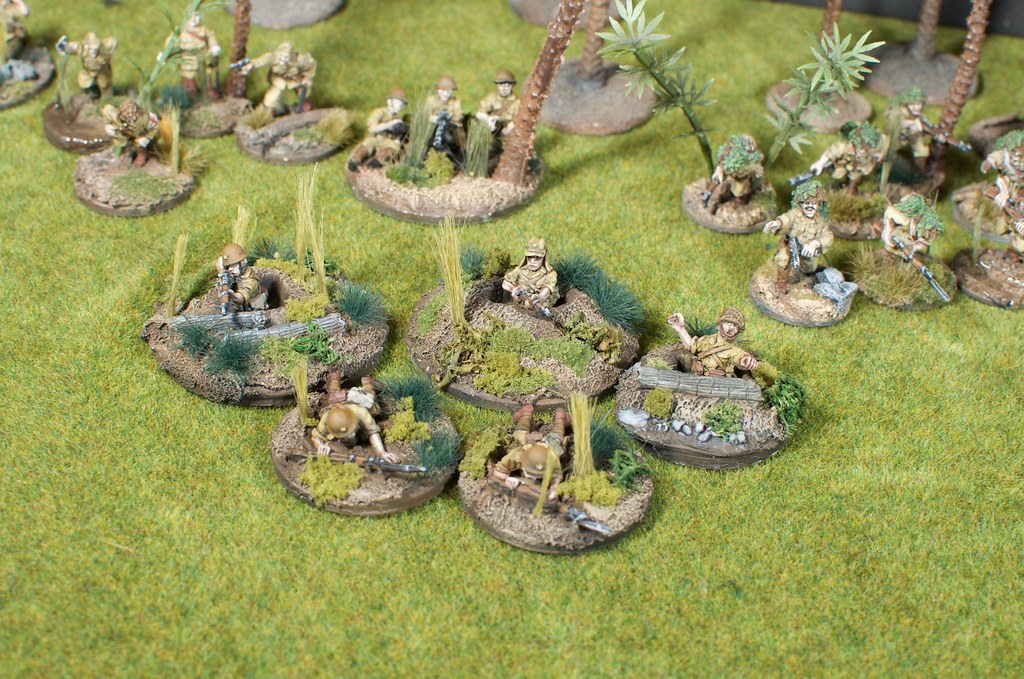 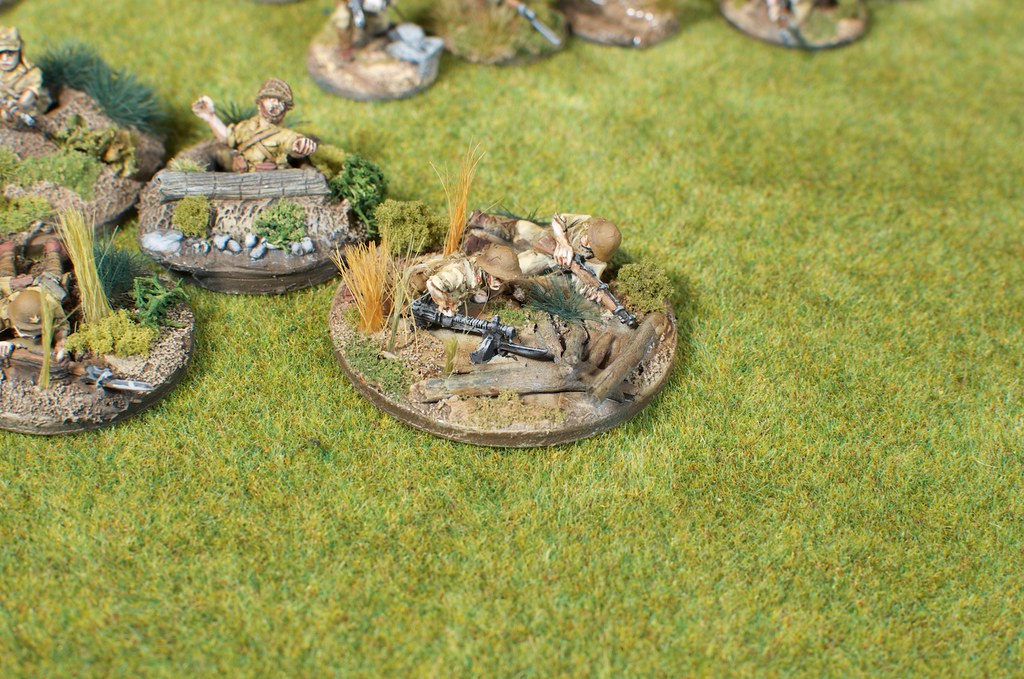 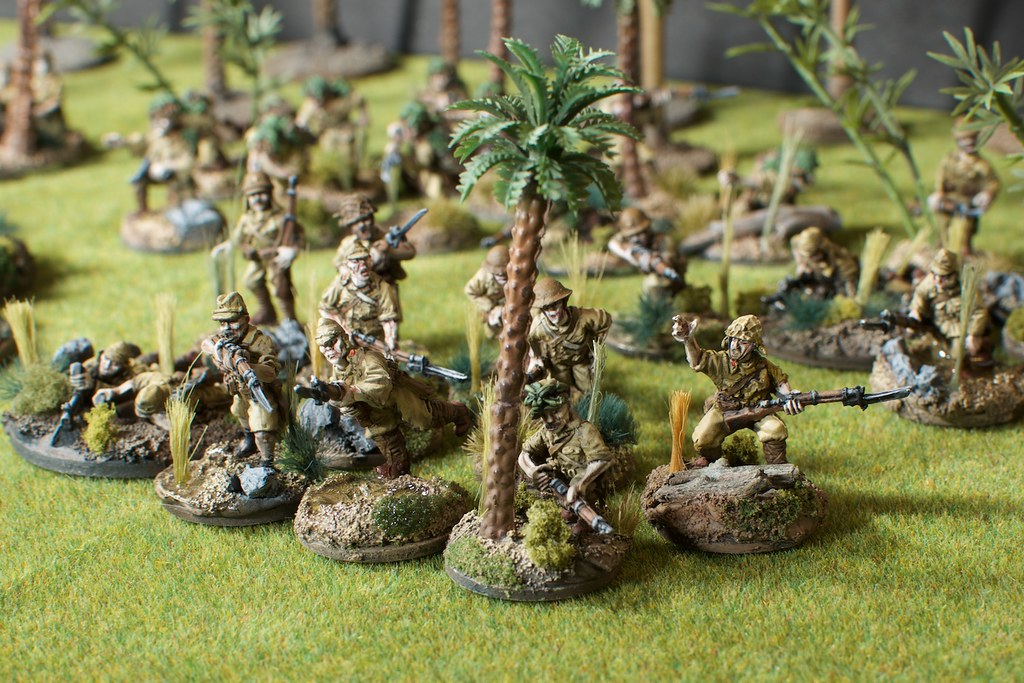 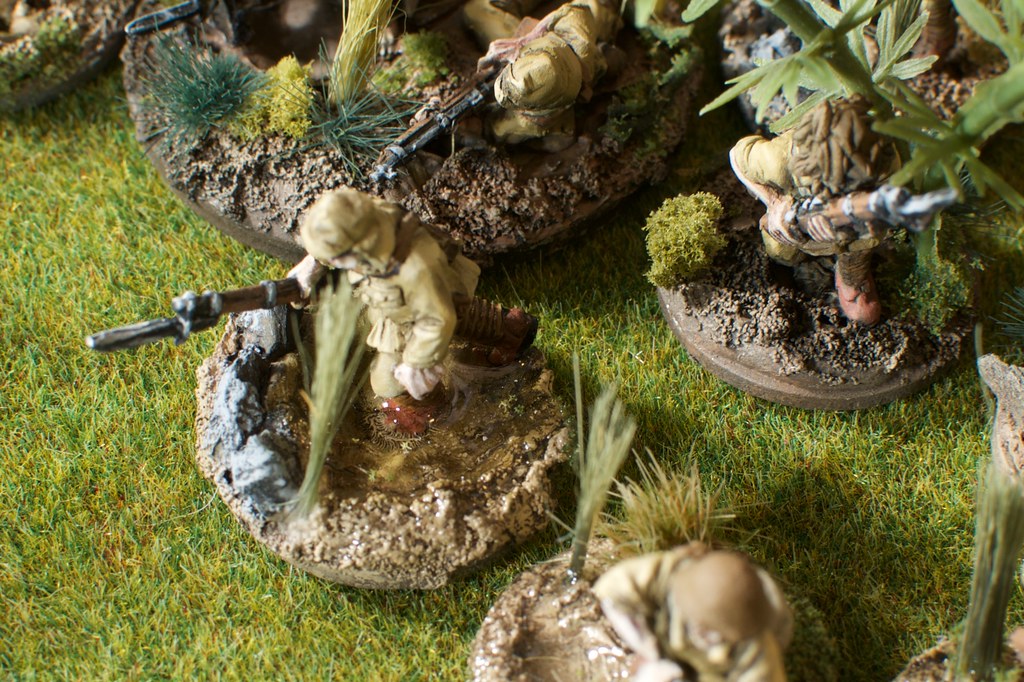 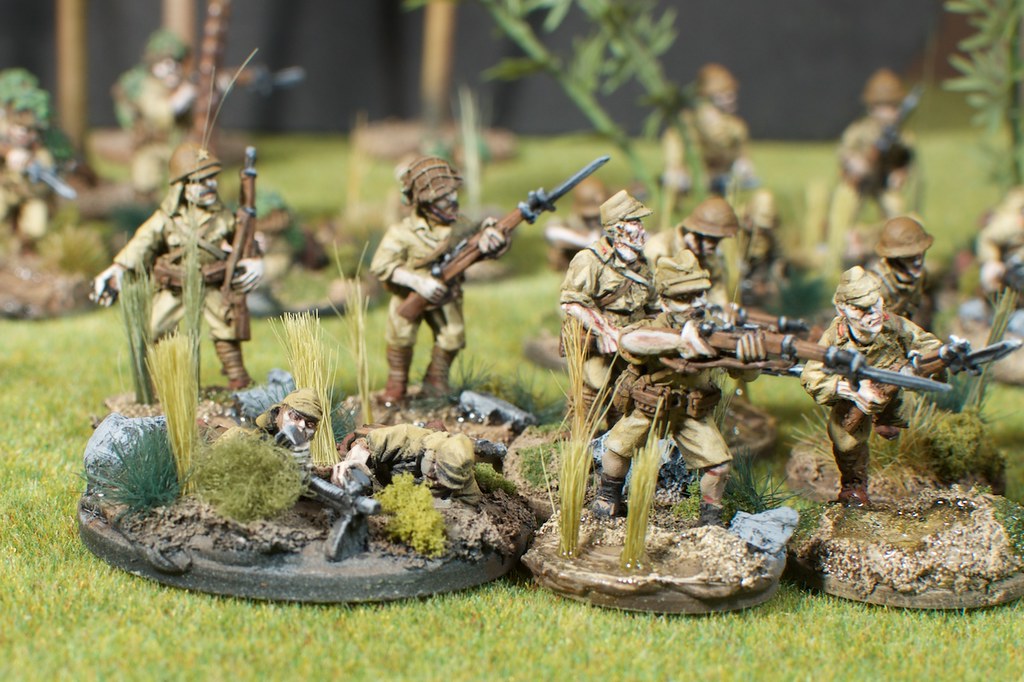 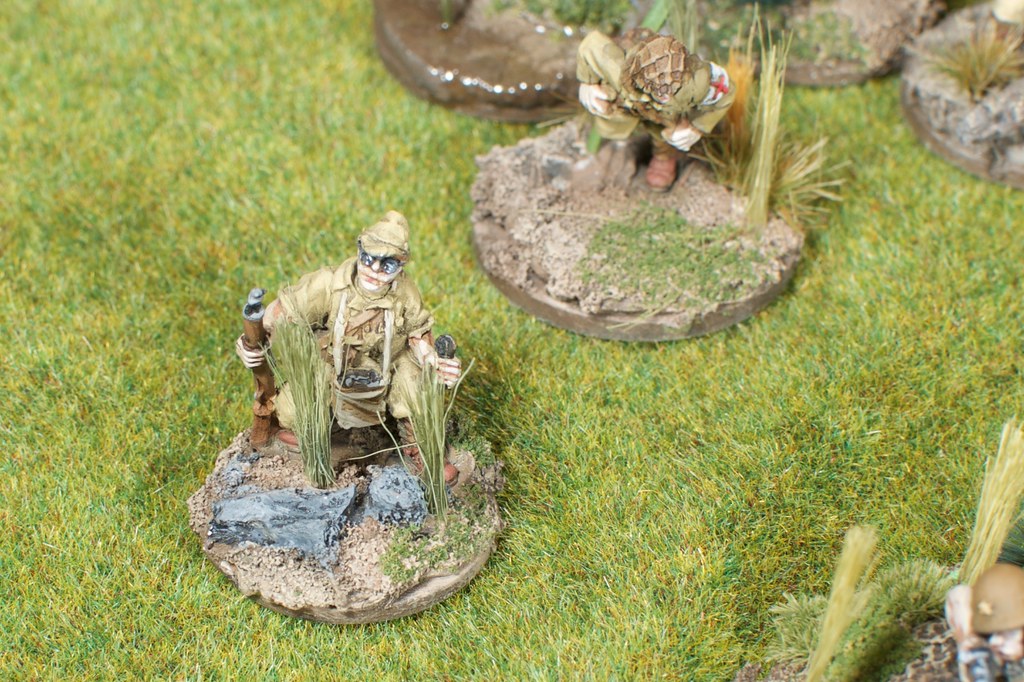 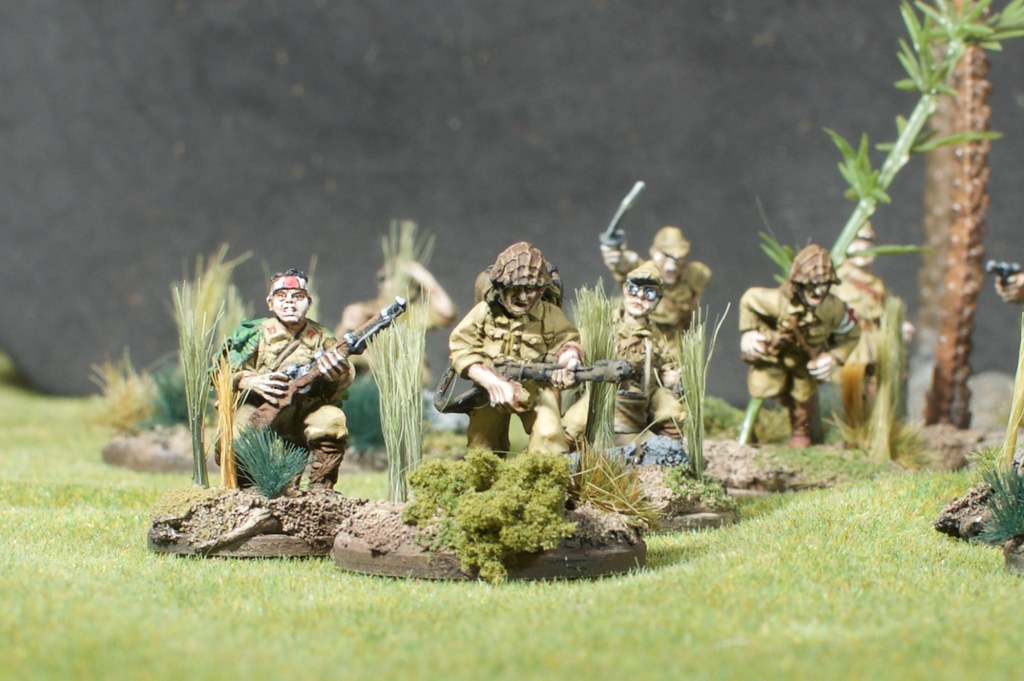 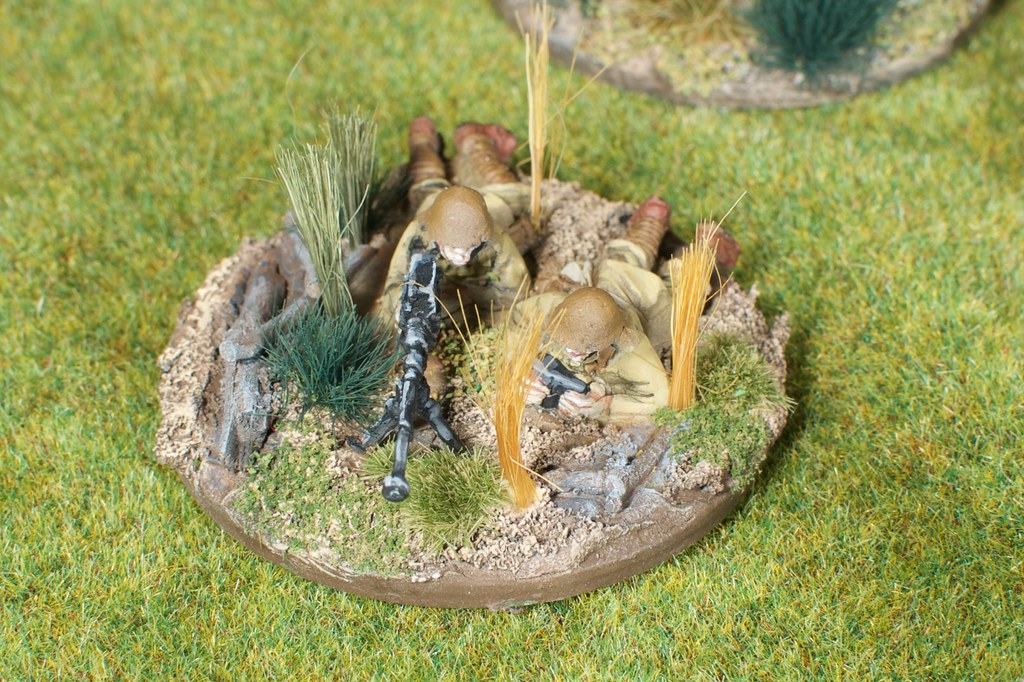 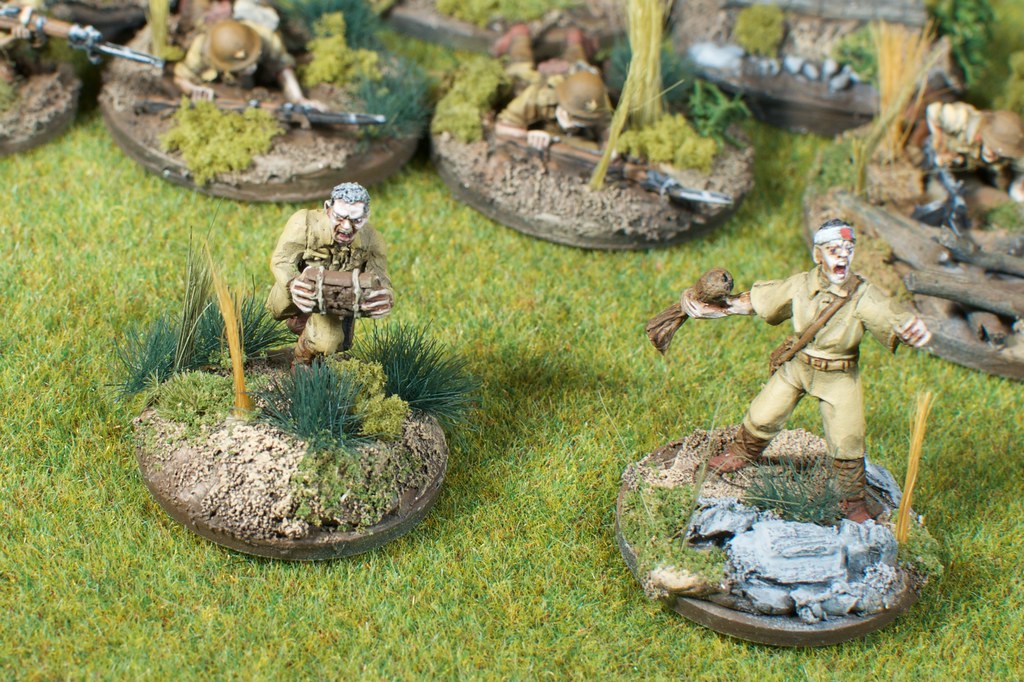 Thanks for checking out. I have few more Bolt Action forces to photograph and post here, so if you're into 28mm WWII remember to stay tuned.