Beyond the Gates of Antares - Ghar Update

Time for an update on my Beyond the Gates of Antates Ghar project. I started project and now have some reinforcements ready to further terrorize the Antarean space.

First up the Outcast Command Squad. I really like these models, there's nice details, cool expressions and, them being made of metal, you can bend the electro-whips whichever the way you want. 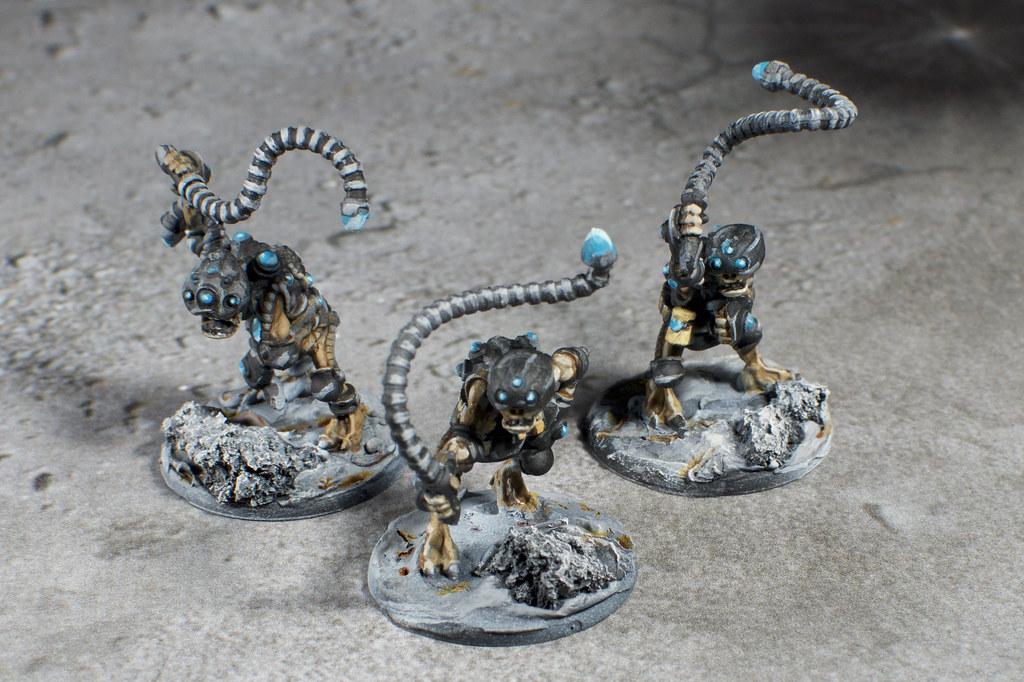 I thought long and hard for the colour scheme for these. The turquoise to tie them up to rest of the army was give, but I really struggled to find the right colour for the organic parts – I did not want to go for too "comic" look with some unnatural colour and wanted to keep out of the greys to have something stand out from other models and the bases. Looking at the photos now, I think the yellowish brown (it's based on Khaki Grey from Vallejo Model Colour) works quite well and has nice contrast to the turquoise and the black of their gear. 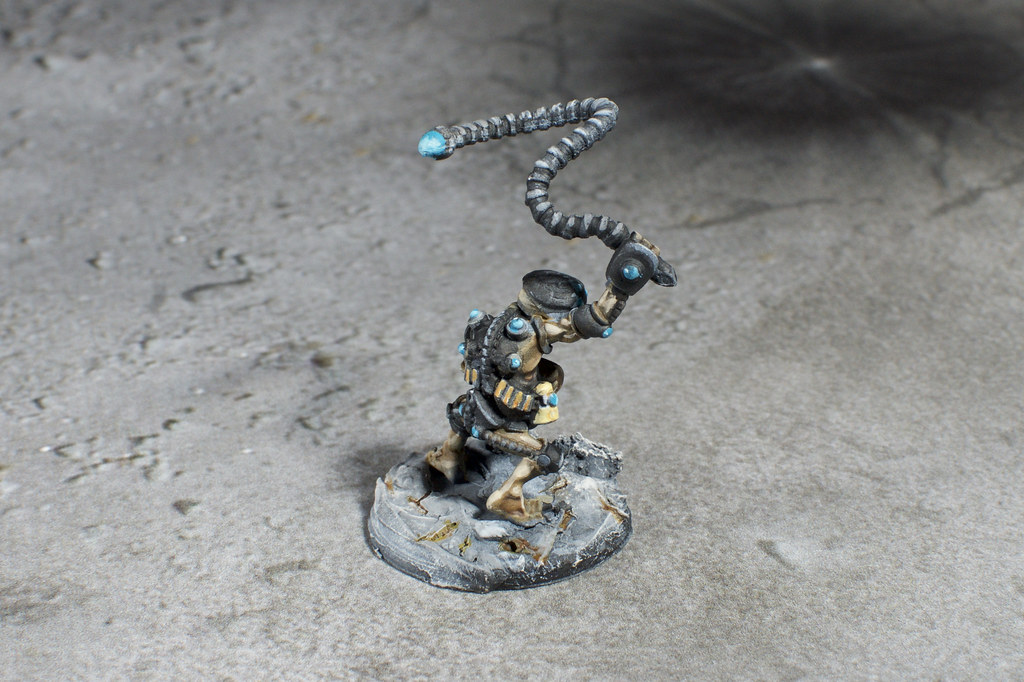 My favourite bit of the Outcast are the connector outlets on the back to be used to tether them to the suits.

Continuing with the small guys, I painted up a group of Flitter probes. 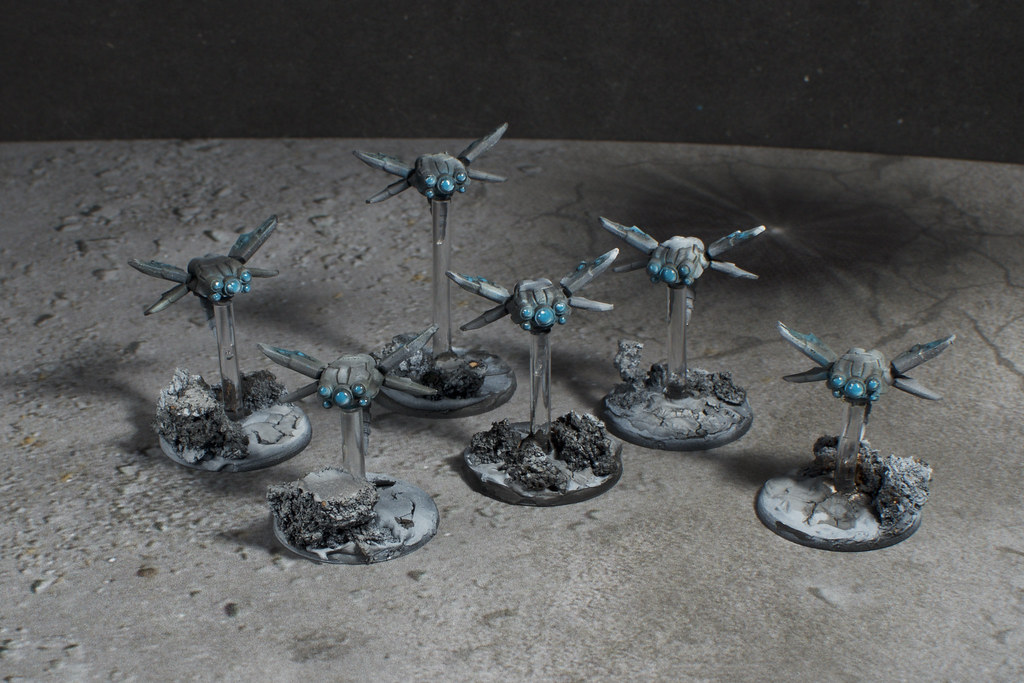 These are fun little flying cameras and are not completely useless on the tabletop either.

To bolster up the army, I bought another half of the starter set to add two more three-strong squads of suits. 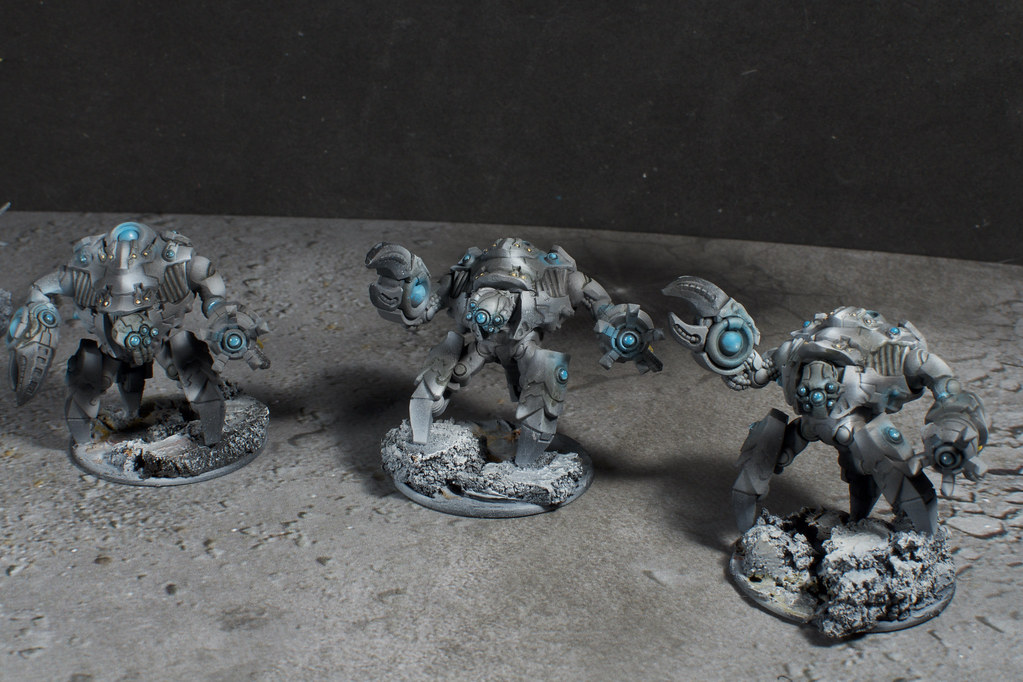 Compared to the first squads I assembled, I put bit more effort on the bases and did some small conversions to pose them slightly differently. 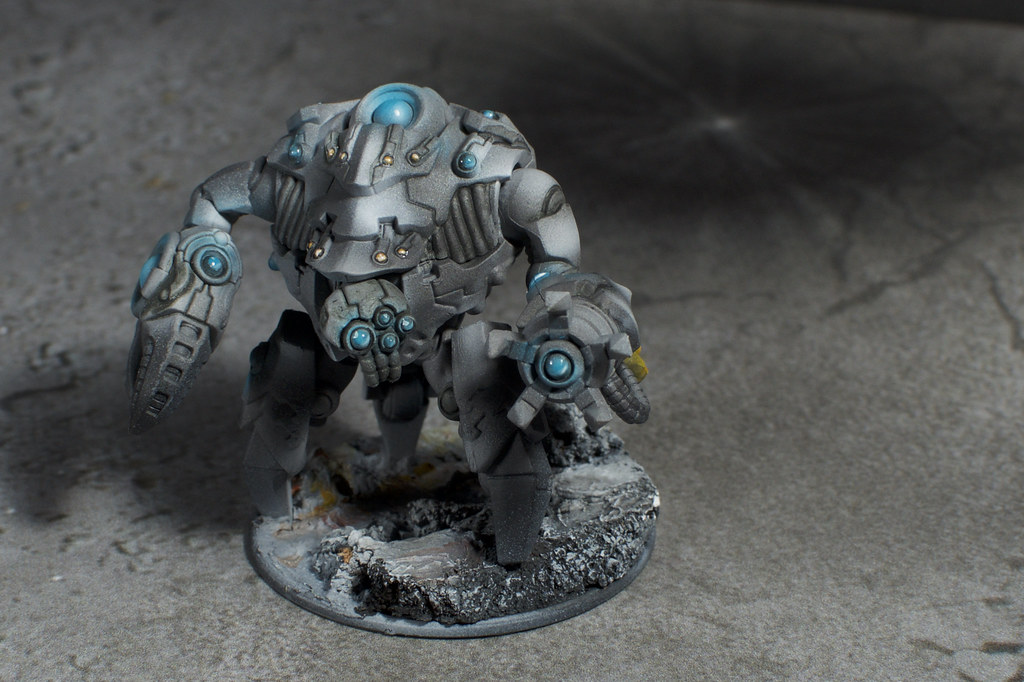 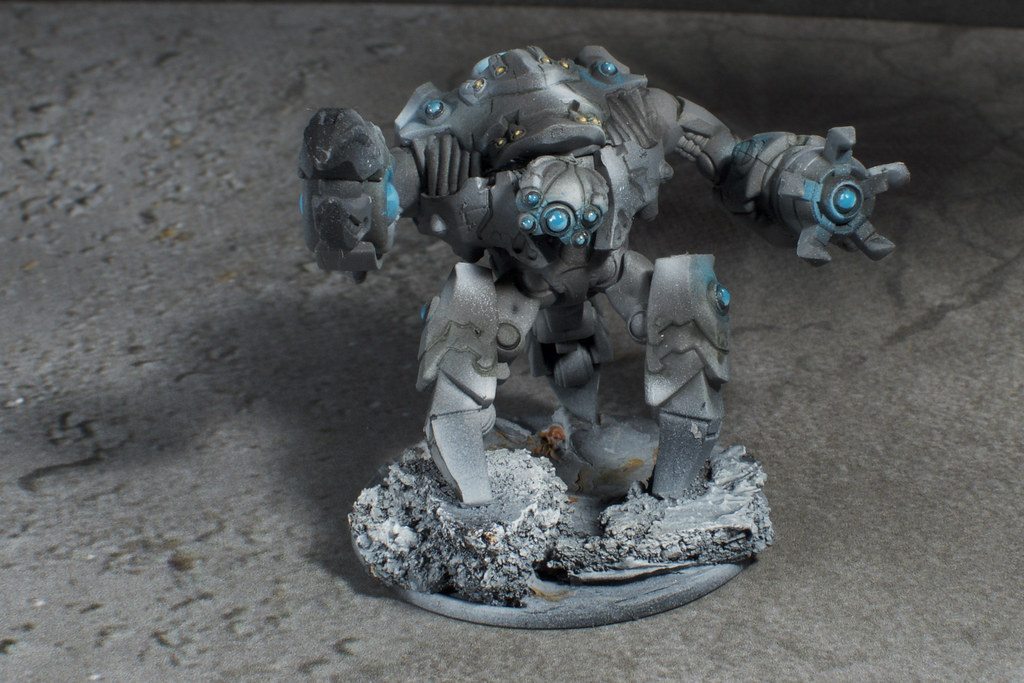 Then of course a squad of the shooty guys. 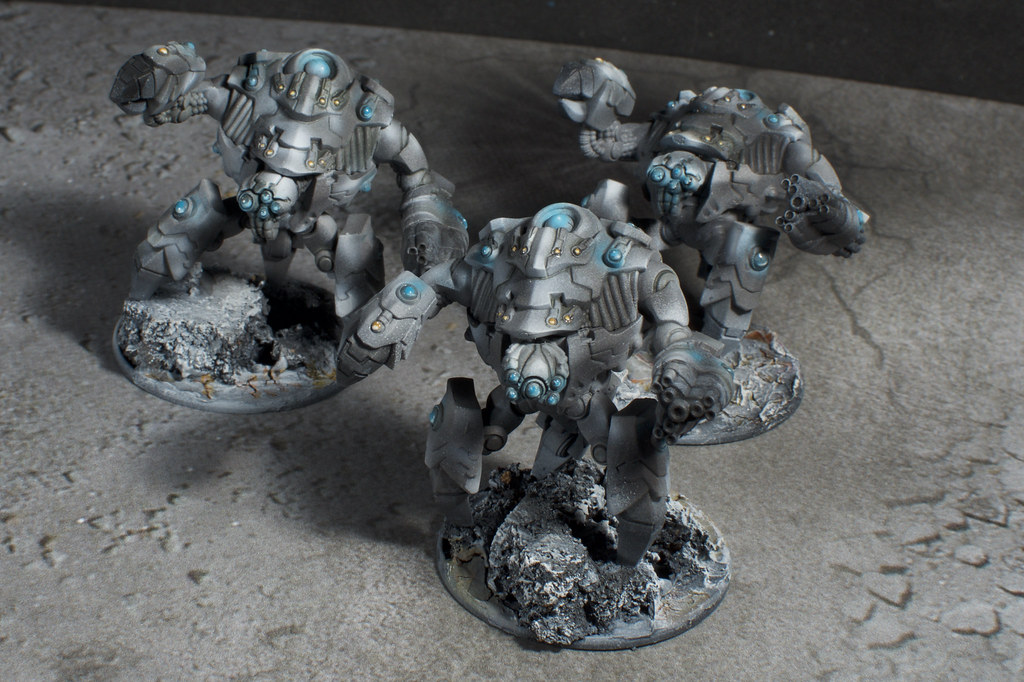 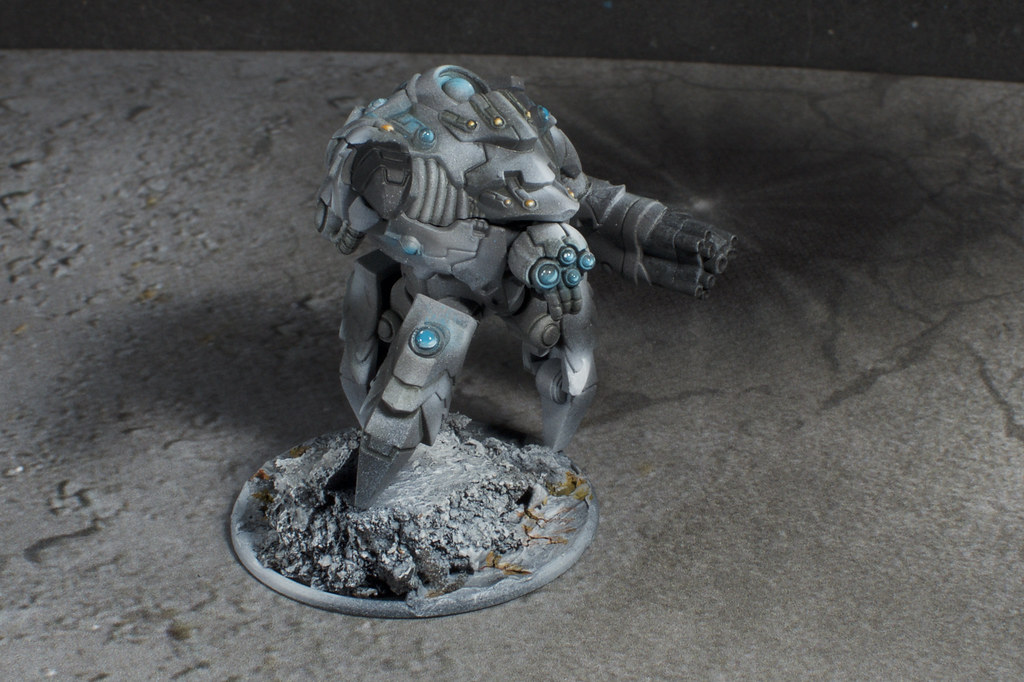 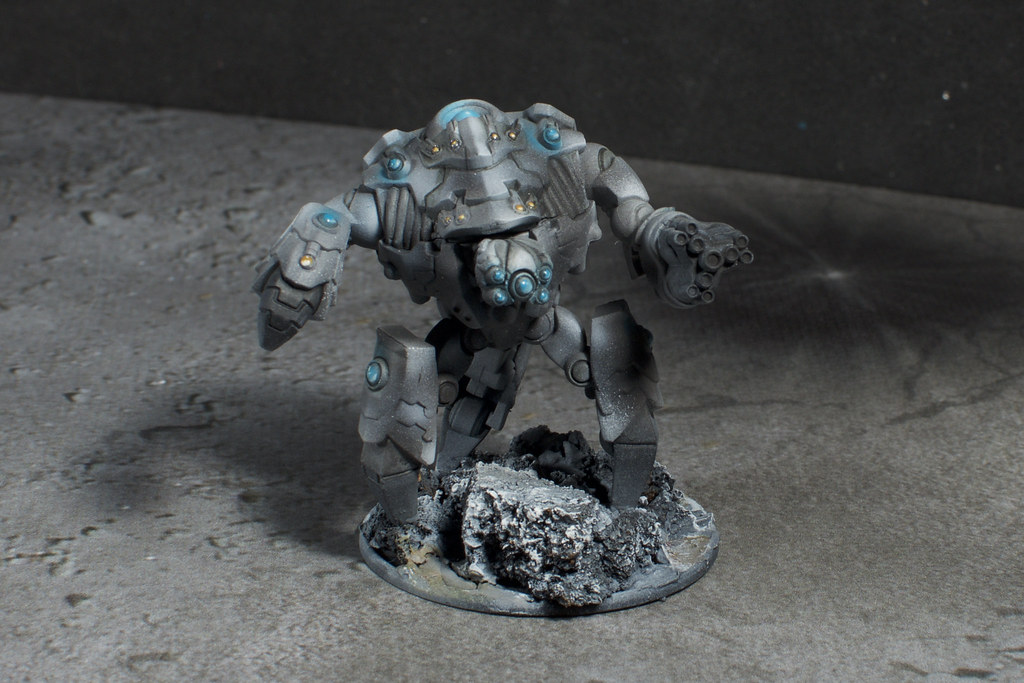 Finally a group shot of the army as it stands.

Oh and that's not the end of the project... There's something lurking on my painting desk: 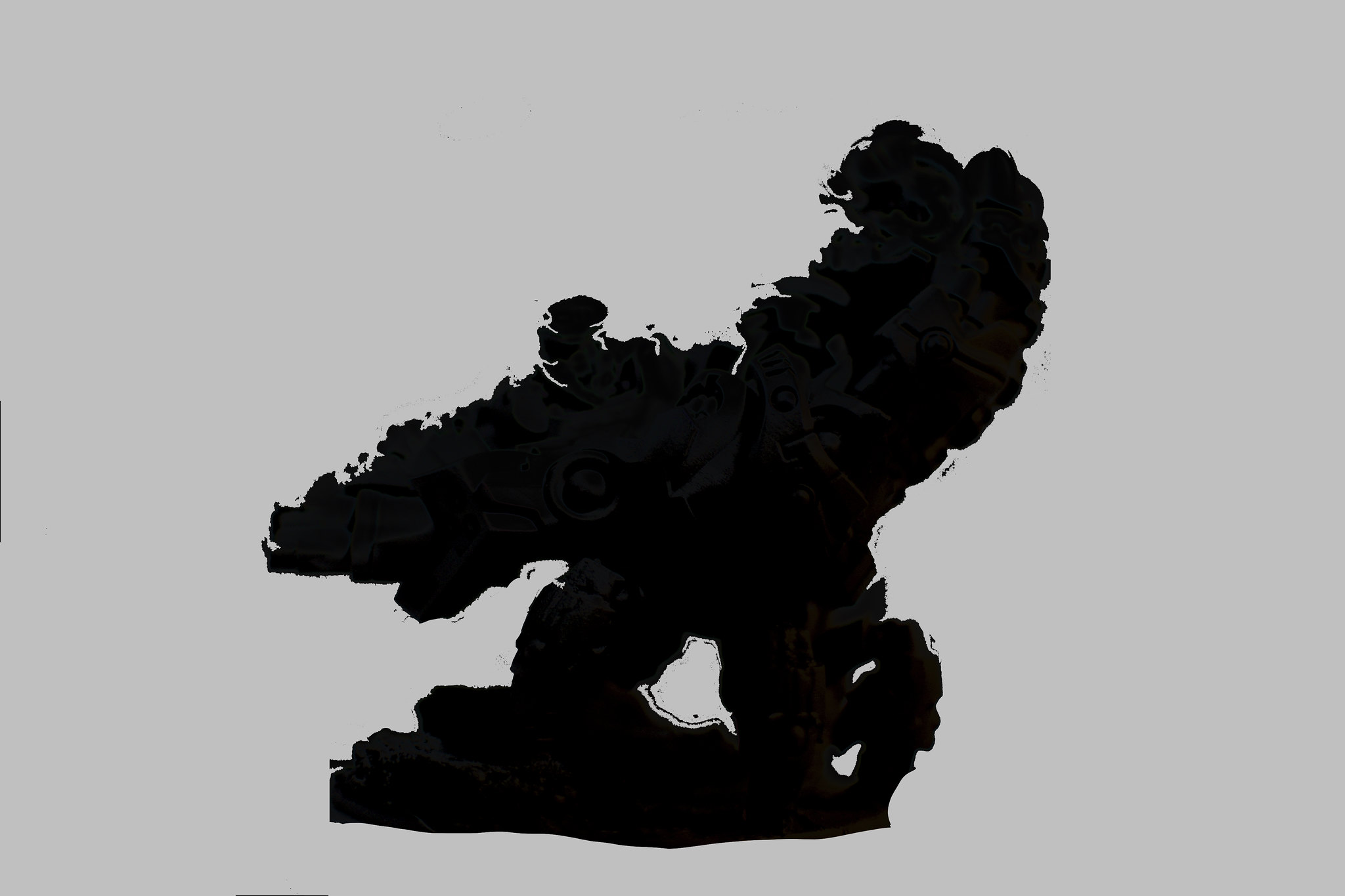 Again, thanks for checking out and be sure to check the next update. I hope Warlord has some new Ghar units available at Salute 2016.