On covering my Dropzone Commander PHR project, I went through the (slow) core of my army, the Type-1 and Type-2 Walkers, the Immortal infantry and the Scout drones. This time I'm moving on the juicier stuff.

...and nothing gets much juicier than a giant scorpion walker or as they like to call him, the Hades. 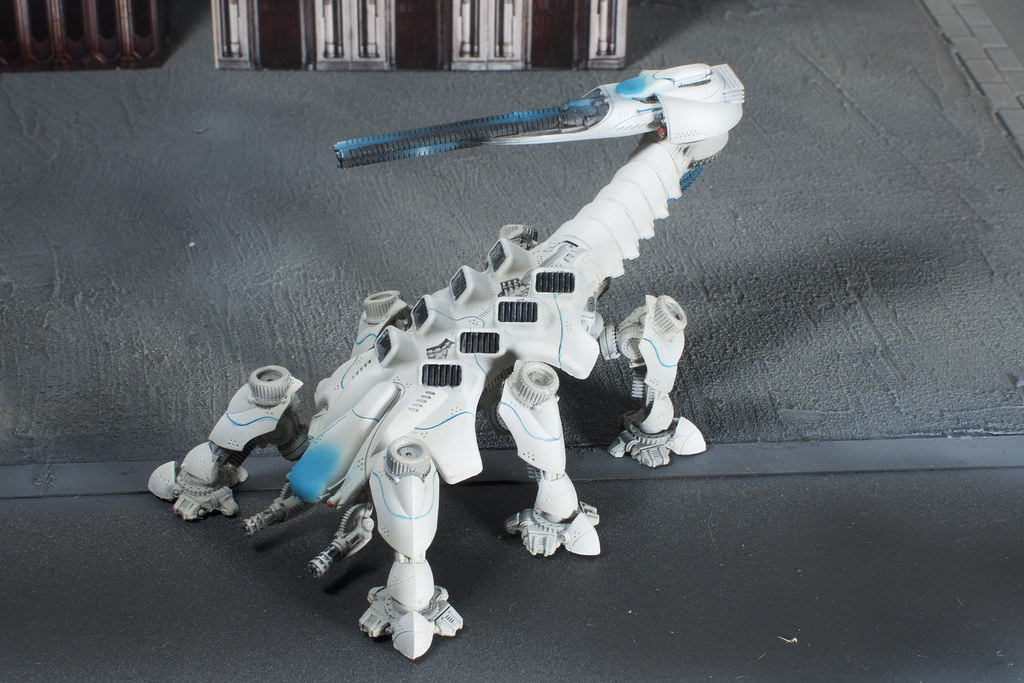 It looks like a monster on the tabletop and for the most of the time it truly is. It has great weaponry to reap down enemy armour and unless your opponent is ready to pour significant firepower onto it, it is nigh indestructible. 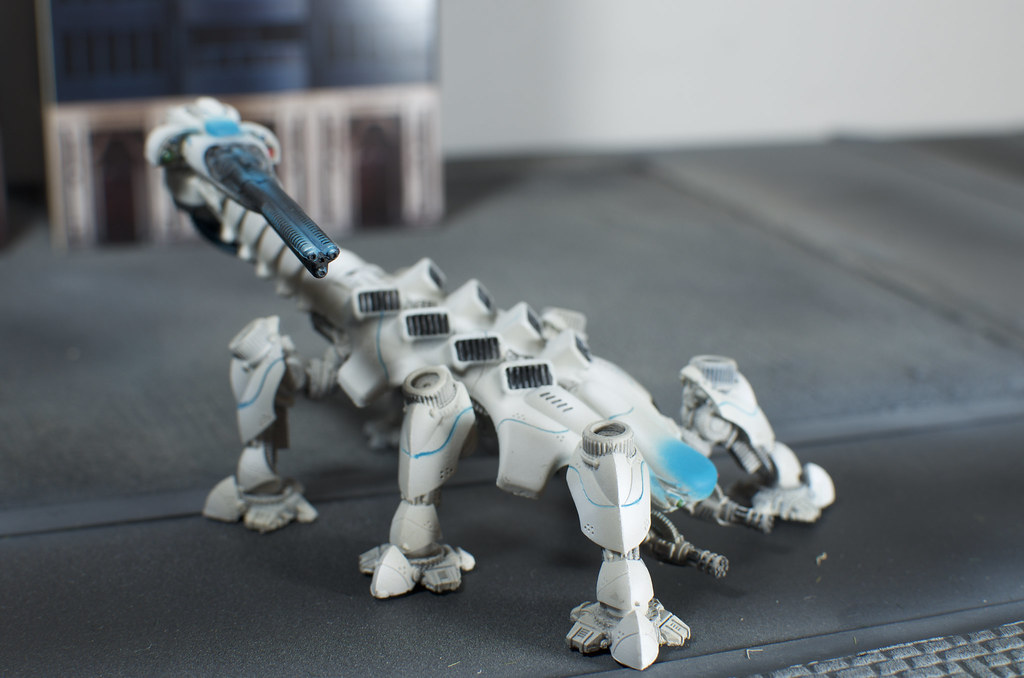 While the Hades' guns have impressive range and can reach targets across the table, it is still too invaluable to be left as a walk-on-table unit. There's simply too big of a risk it being out of position with poor shooting lanes and thus failing to do its main job: area denial. This is why I always field the Hades with a Poseidon heavy dropship and target to drop it on the first or second turn to a place where it can dominate a table section. 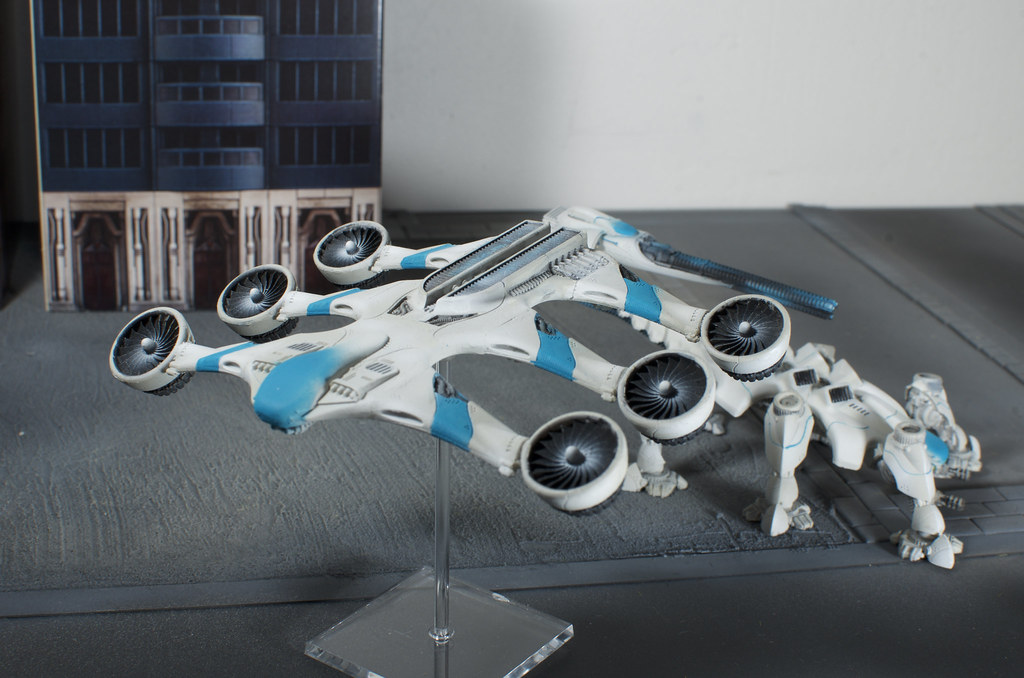 The Poseidon is in my opinion the best looking dropship in the game and it's kind of shame that it is not seen so often on the table unless carrying a Hades.

Another personal (and quite a game-winning) favourite: the Siren Corps. Being elite infantry they only come as three models per base. I thought the bases looked awful empty with just the three minies so I built small ruined wall sections around them. I think it works rather nice with the 'actiony' poses that these femmes fatales come in. 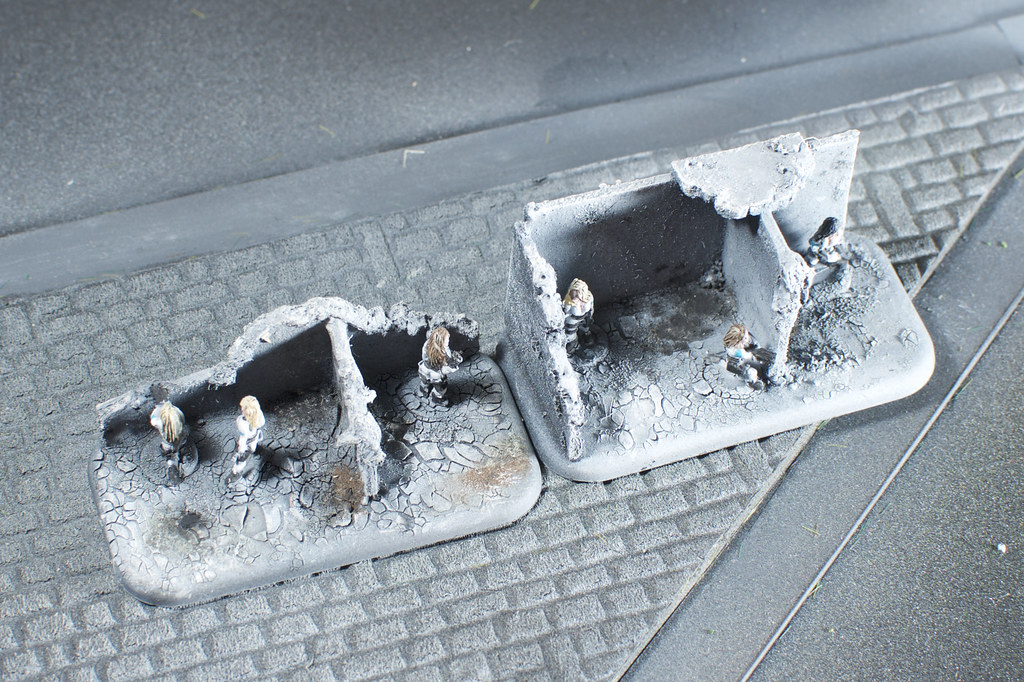 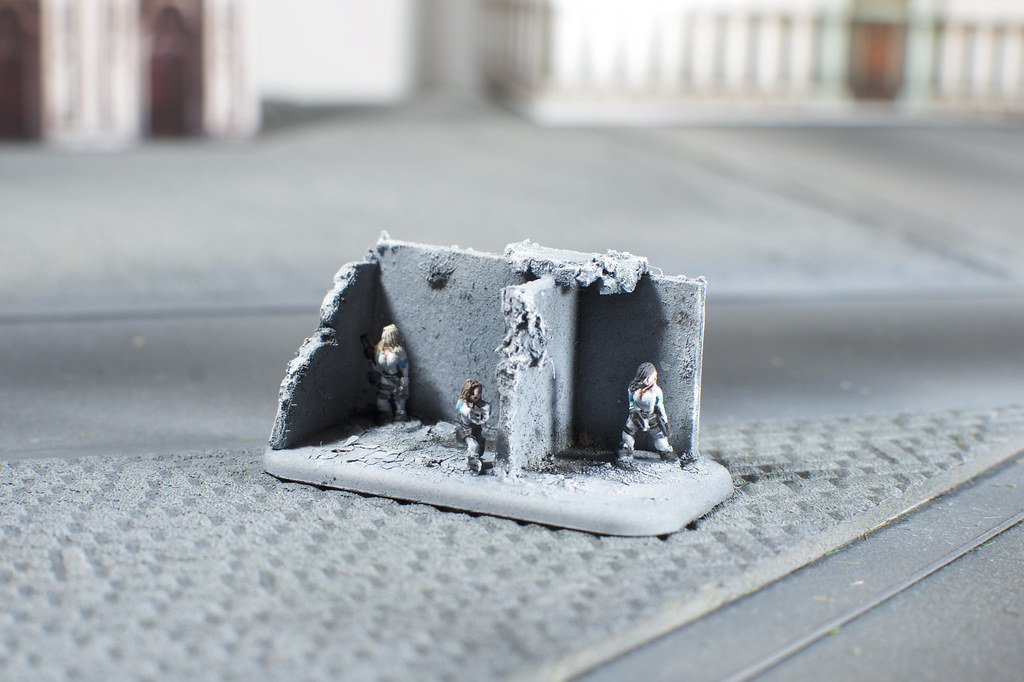 Then finally (forgotten from the earlier post) is the Nepture dropships. 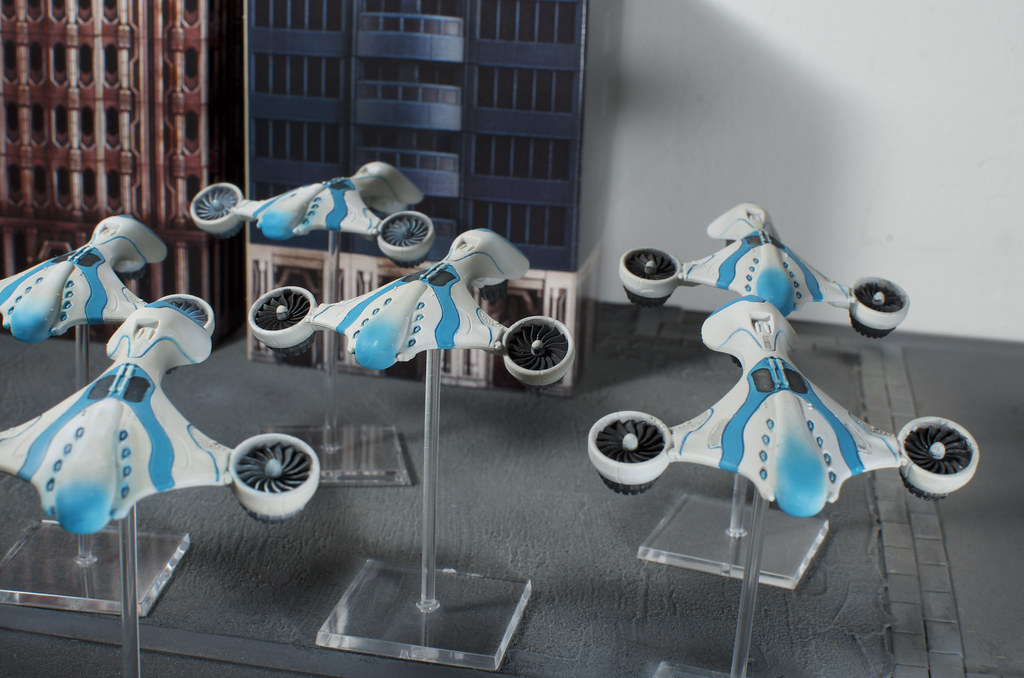 Obviously it doens't end here, there's already stuff lined up in the painting queue (or pile). Apollo Strike Walkers, Longreach Sniper teams, the Medusa... So thanks for reading and stay tuned.