Summer 2015, after getting my Scourge project to a good sized force I begun working on my second project for Dropzone Commander – the PHR.

If you're not familiar with the Dropzone Commander universe, PHR, or Post Human Republic, is one of the five factions in the game. The PHR are technologically highly advanced and rely heavily on cybernetics (hence post human) and – as will be evident from my photos below – big stompy robots.

On this part one I will show the core of my force and in part two I will continue with more exotic units I've done.

With some games with Scourge under my belt and having bit more grip with the game, this time I was able to plan the core of my force batter. I didn't go look for the über list, but an army that would offer good balance on the battlefield against various opponents. Note that this is highly against my typical approach of binge-buying the shiniest models and then worrying if they make a coherent game force.

For paint scheme I wanted something light and suitable for the high-tech nature of the PHR. I ended up going with nearly the opposite colours of my Scourge army, which is dark and red. The base colour is Vallejo Model Colour Deck tan, which is an off-white colour tilted slightly to grey. I airbrushed it over neutral grey primer and followed with highlights of white. The turquoise is also from the Model Colour range and mainly airbrushed on. For some of the grooves I went with a slight pin wash of darker blue to break the monotonicity. 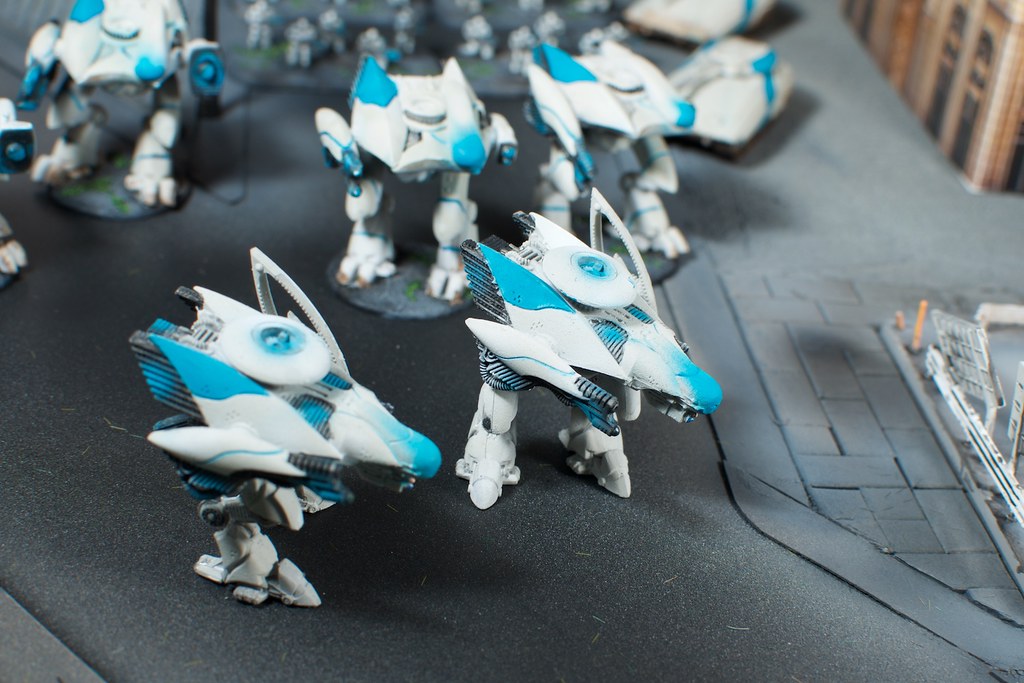 So far I've always fielded a Zeus walker as my command unit. I usually throw in an Odin as buddy for him, making the pairing a decent tank hunting squad which can also sustain a significant amout of damage. 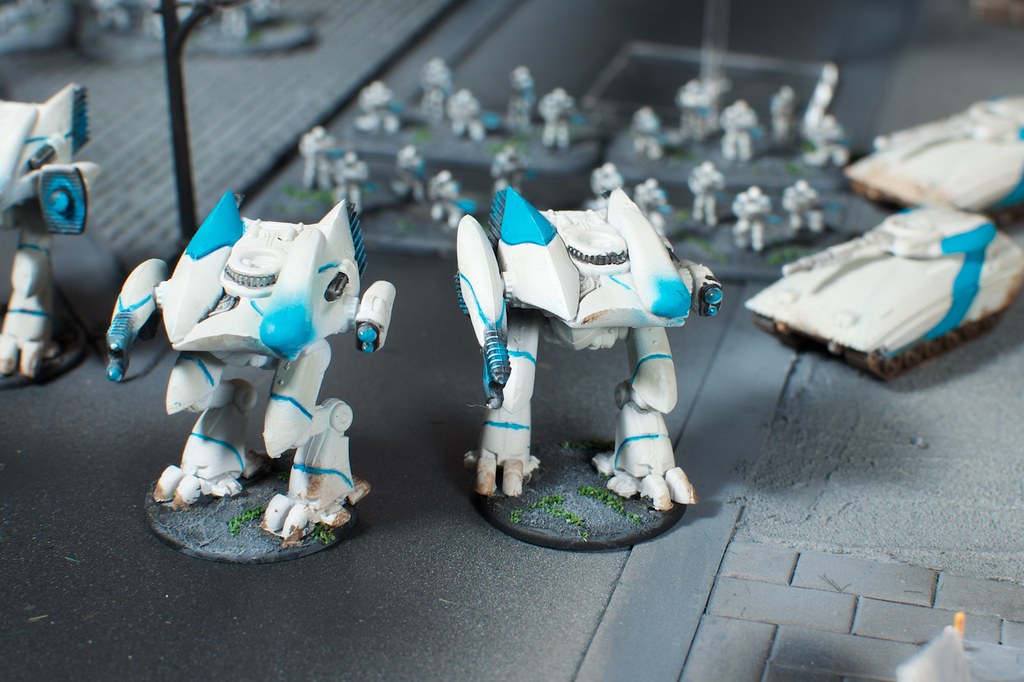 The Ares provide more tank stopping power, but are not as heavily armoured as the command walkers. 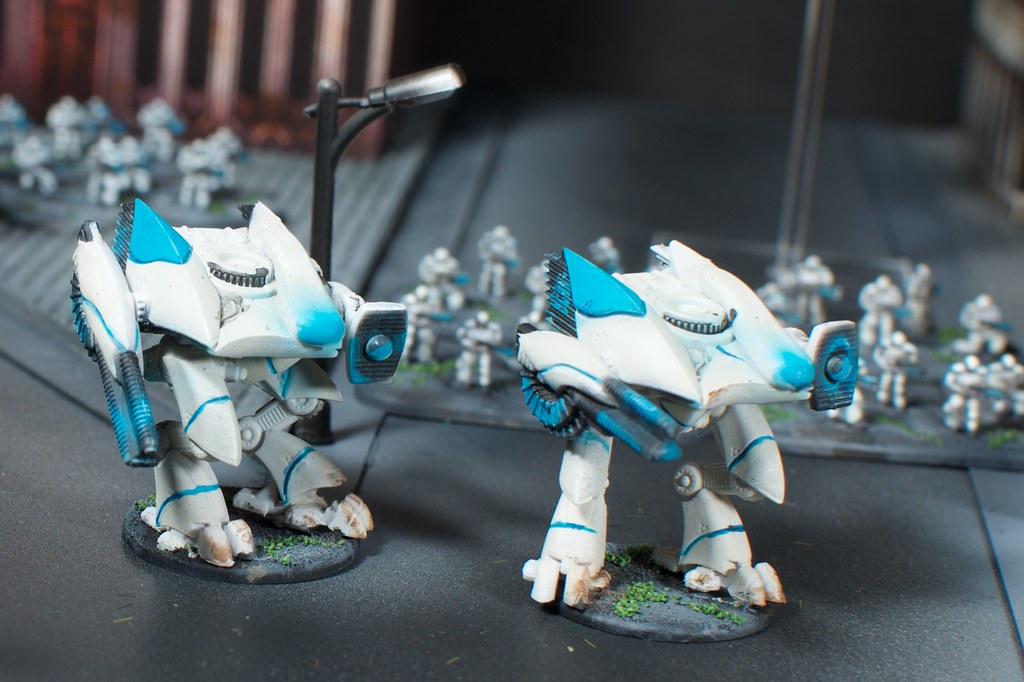 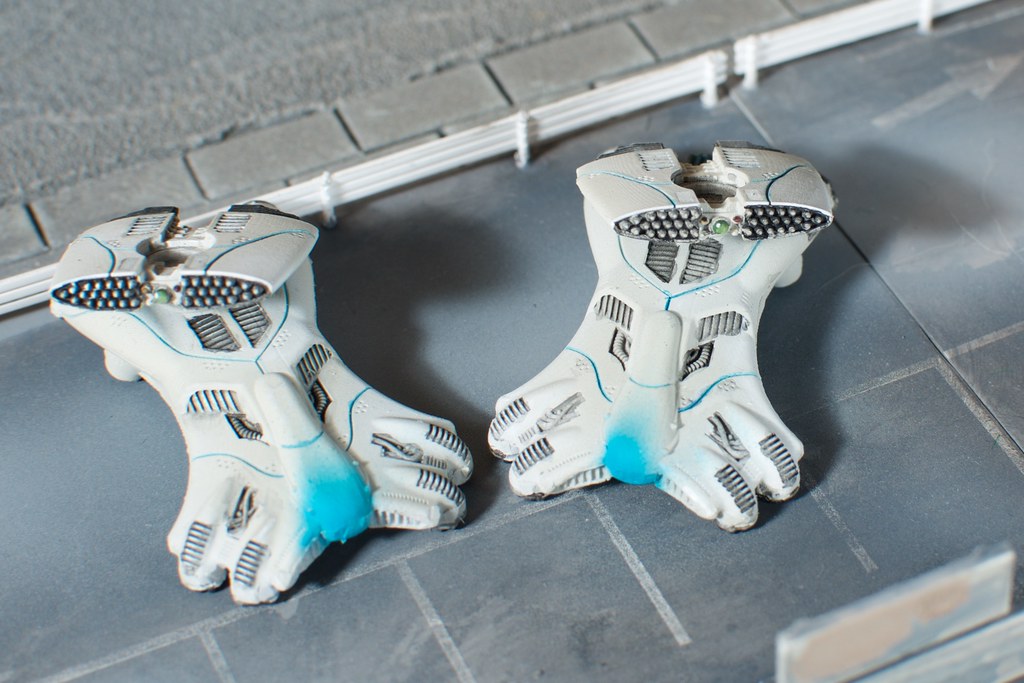 Perhaps the best unit in the army, the Helios Skimmers pack an outstanding amount of close range anti-air. 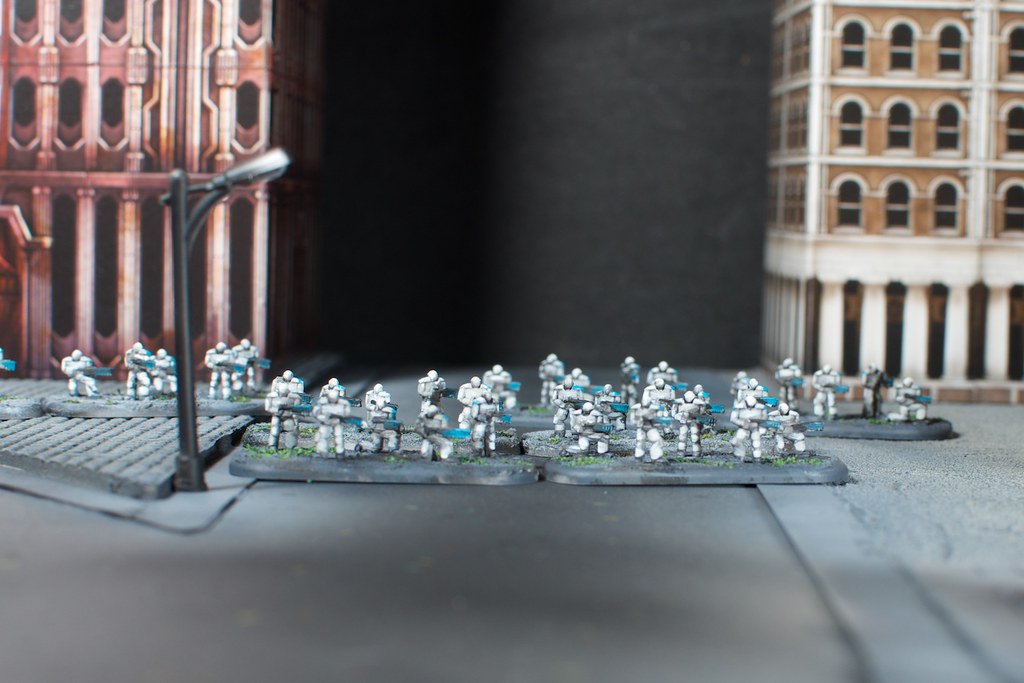 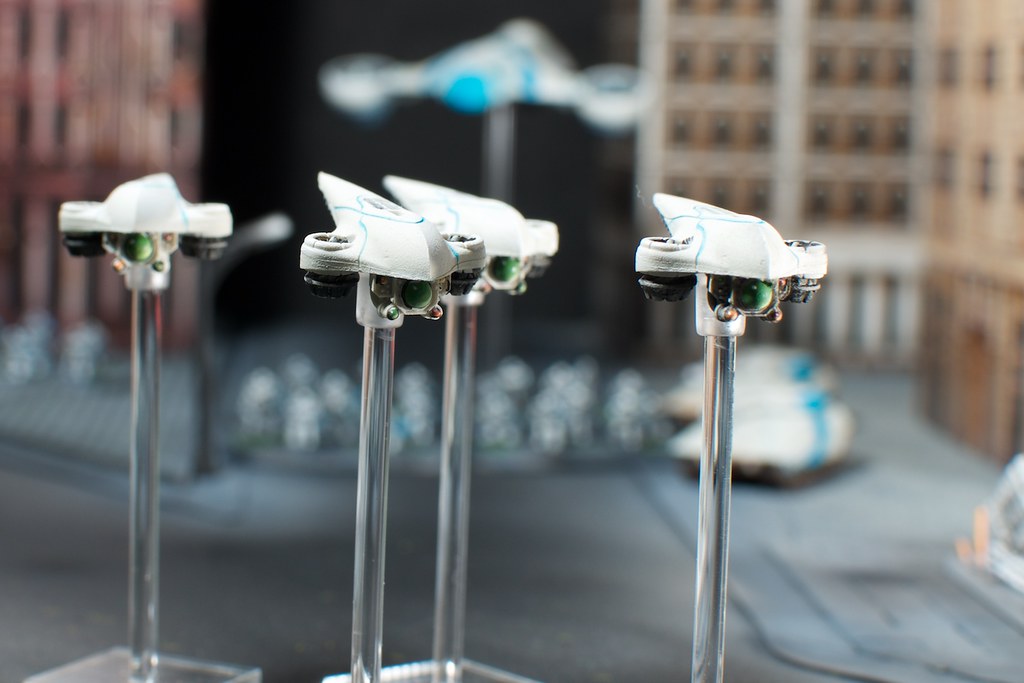 One of my rules of thumb in Dropzone Commander list building is to include at least one scout unit. Scouts are especially important with commnd units like the Zeus who tends to stay further back providing fire support. As PHR armies are usually a bit lighter on amounts of infantry, the +1 bonus for objective searching these guys provide can make a game winning difference. 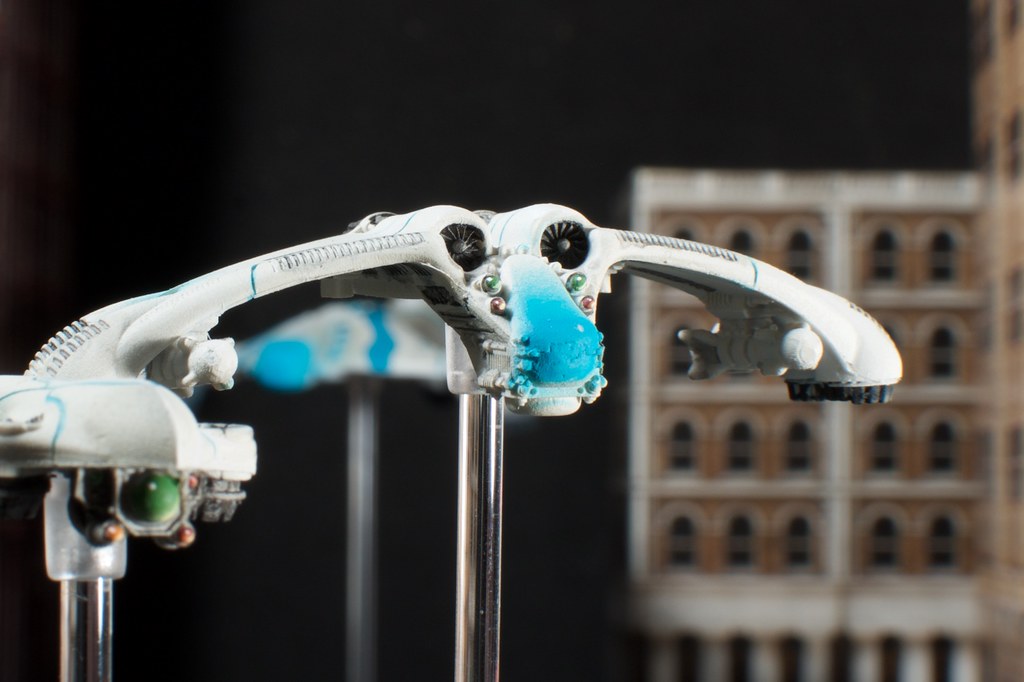